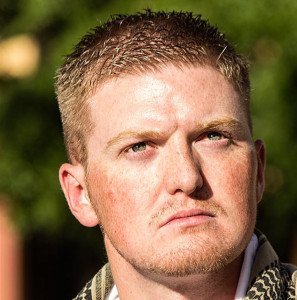 You might remember Will Atkinson from The Lion In Winter or An Evening Of Culture. His love for the theatre combined with his exceptional talent are an unstoppable combination!

Thanks for having a talk with us today. Tell us about your character, Sherlock Holmes.

Will: The character I play is of course Sherlock Holmes. I’ve grown up watching the originals, reading the books, etc.. and honestly I have always seen Sherlock as this charismatic, witty, overbearing, a** that tends to bounce from good to bad on a regular basis not to show off but to prove to people how simple things can really be. He says a line in the script to Watson telling him that he sees but he doesn’t observe and I believe that’s what Sherlock has always tried to portray, that if people observed whats around them more instead of just “seeing” they would notice more things about others and themselves. With that being said though he does have a good and bad way of showing people that, he can be nice about it but he can also be ugly about it.

What are some of the challenges you have faced in performing this role?

Will: The biggest challenges I faced with this character, I think, is the way that he talks. I’ve always found that when Sherlock is bringing up things about the case, showing off obvious facts or he gets excited he speaks fast and to the point but when he’s around Watson he is more controlled and concise with his words. Also, when he’s around Irene he tends to speak softly but firm or even bouncy, fun like. The other challenges I have faced are the movements he has and the way he acts when he is donning a disguise. Trying to act like several different characters instead of one because Sherlock is a disguise artist, he knows how to blend in to any situation so that he is unseen. With that, myself as an actor, I can’t just treat this as one character I have to treat this a several. Overall the challenges that I am facing is only helping me to grow into becoming a better actor.
What do you hope audiences will take away from this show?
Will: Well I know that I will run into 3 basic types of audience members in this show: The ones who watched or read the originals, the one who watched the new ones with Robert Downey Jr. (or the show Sherlock) and the ones who have never seen, read or heard of Sherlock Holmes (smallest group). In all honesty I’m more worried about how people will approach this show from the beginning instead of what they will take away from it. I hope that people will come into the show with an open mind knowing that this may not be the show that will remind them of the originals or this may not be the show that is going to mirror the new ones. If people came into this show knowing that its gonna be an original show they will take more away from it. That’s the beauty of theatre that not many people get to witness, knowing that every show is gonna be different. Now I’m not talking about just the show being done in different cities. I’m talking about the show each night, because it’s not just the actors that gauge the show it’s also how the crowd reacts, how the props are placed, how the general atmosphere of the theater is, etc. There are so many factors that go into each night of the show that to me every night is opening night because you never know whats gonna happen!
I would love to conclude my soap box by stating that I cannot thank enough the production crew, my fellow actors, the directors and RCLT for not only giving me this opportunity to play this iconic character that I’ve grown to know and love but to give me the opportunity to grow as an actor. Every show I have done has been a test for me in more ways than one and every time I get to portray a character on stage its a moment I never forget and I will never forget the people I work with.
Come see Will Atkinson as Sherlock Holmes. You won’t be sorry you did!
[maxbutton id=”4″]
Alethea Hartwell2016-04-12T15:17:12-06:00April 16th, 2016|Comments Off on Meet the Cast: Sherlock Holmes