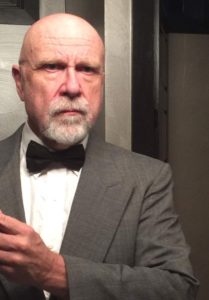 The 92 year old story of Annie is an American classic that never really gets old. It is a story that epitomizes the American dream. “Anything is Possible” including going from rags to riches.

From the moment Mr. Warbucks walks on to the stage the scene begins to depict the bridge that ties the past with the future.

In the comic book series, his age is around 52 years old. Warbucks is the world’s wealthiest person. However, he puts on no heirs.

Although he is a wise billionaire, he learns the most from an 11 year old child. She makes it known that she needed him for him. She helps him understand that something (someone) was missing. For this reason, he extends an offer of adoption to her with a promise of unimaginable riches. Yet, she must choose to accept it in order for it to be official.

Warbucks undergoes the greatest transformation. By accepting and giving he is made new…”Daddy” Warbucks. He will stand beside Grace. He will lift up more than Annie. He will lift us all up with his performance.

Warbucks is as fascinating as the man who is to take on the challenge…Boyd Barrett.

Thanks for meeting with us today. Can you please share with us some things about Warbucks and yourself? 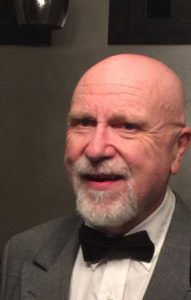 How many musicals have you performed in?

Boyd: My first musical was one I co-wrote for my high school senior class. It was called “The Ebony Blade” and was a commentary on the problems we faced as our school was integrated in the racially tense central Texas of the 60’s and 70’s.

In college I was in “Hello Dolly” and “Man of La Mancha”. I wrote and performed several one-man musical productions, including “Trouble in Lincoln County”.

In the past few years, I’ve been in “Fiddler on the Roof”, “Les Miserables”, and “The Little Mermaid”.

What do you do to get into character before the show?

Boyd: I get pretty quiet as I prepare for a show. I do a lot of pacing as I get my body into whatever character I’m playing. Visualizing scenes and going through major lines helps me a lot.

Boyd: Warbucks is one of those rare musical male lead roles for a man my age. Tevye was also one of those. It’s fun to try to show how a man like Warbucks could be so affected by an 11 year-old girl that his whole approach to life changes.

What is something men could learn from Warbucks?

Boys: Men could learn to not be closed off so much that relationships don’t touch them and help them to change and grow.

Do you have anything in common with Warbucks?

Boyd:  Too many times I allow my work to keep me from growing the relationships with the people I love.

What would Daddy Warbucks make of the current economic situation in the US?

Boyd: I’m sure Warbucks would remind us of the Great Depression and explain how it affected everyone.

What is your favorite part in the play?

Boyd:  I love singing “Something Was Missing” to Annie.

If you were a very rich man what would you donate money for?

Boyd: I don’t think the amount of money makes any difference. I would give to the same things I do now – spiritual ministries and the arts, specifically theatre.

What do you think Warbucks finds so charming about Annie?

Boyd: I’m sure he finds it refreshing for someone so powerless to be so bold.